Boralex’s Newport Solar project is a 130-megawatt (MWac) photovoltaic solar energy generation facility to be located in the Town of Deerfield in Oneida County and the Town of Newport in Herkimer County in New York State. The project will have an estimated footprint of 900 acres, including solar arrays and other project features such as access roads, an approximately seven-mile transmission line, substation, and an electrical interconnection to the National Grid 115kV circuit. The project was originated in 2020 by Boralex.

Currently in early-stage development, the facility is expected to be commissioned in 2025. Boralex is in the process of developing all studies, supporting materials, and applications required to complete the permitting and interconnection approval requirements.

This project aligns with the New York State Public Service Commission’s Clean Energy Standard, which supports the development of clean energy and renewable resources in New York State (NYS). The Newport Solar Project has been chosen as part of the New York State Energy Research & Development Authority (NYSERDA) 2021 solicitation for Tier-1 eligible renewable energy certificates. This a significant milestone in the development of the project, as it begins a process for Boralex and NYSERDA to execute an agreement to purchase the renewable energy that will be generated at the facility. 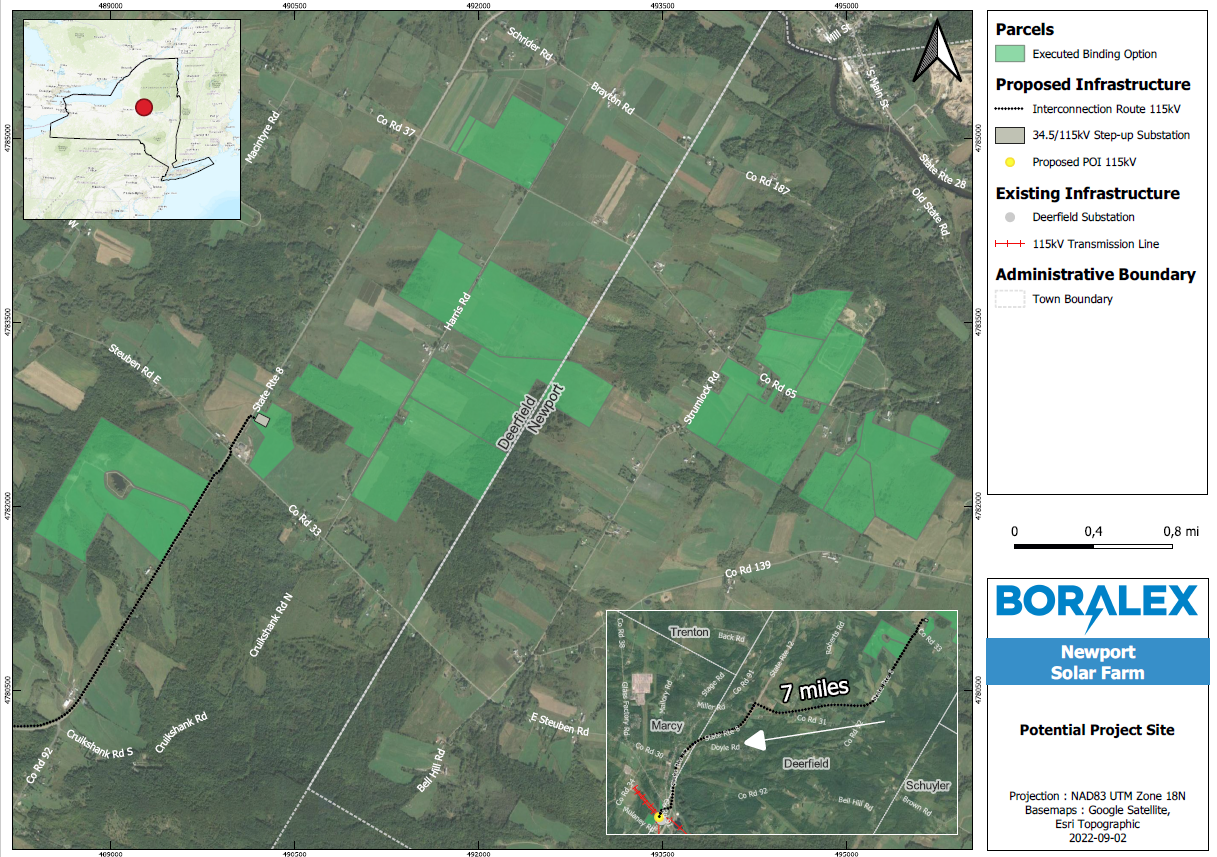 Boralex has begun to engage with the public and local community (e.g. landowners, town and county representatives, state officials, school districts and groups of interest) and will continue to solicit feedback throughout all phases of development and operations.

Environmental and permitting activities began in Q4 2021 and will be governed under the new 94-c state permitting process through the Office of Renewable Energy Siting (ORES). Permitting activities are expected to span throughout 2022 and 2023. All project infrastructure will be situated in such a manner as to respect municipal, state, and federal regulations as well as taking into consideration feedback from residents and other stakeholders. 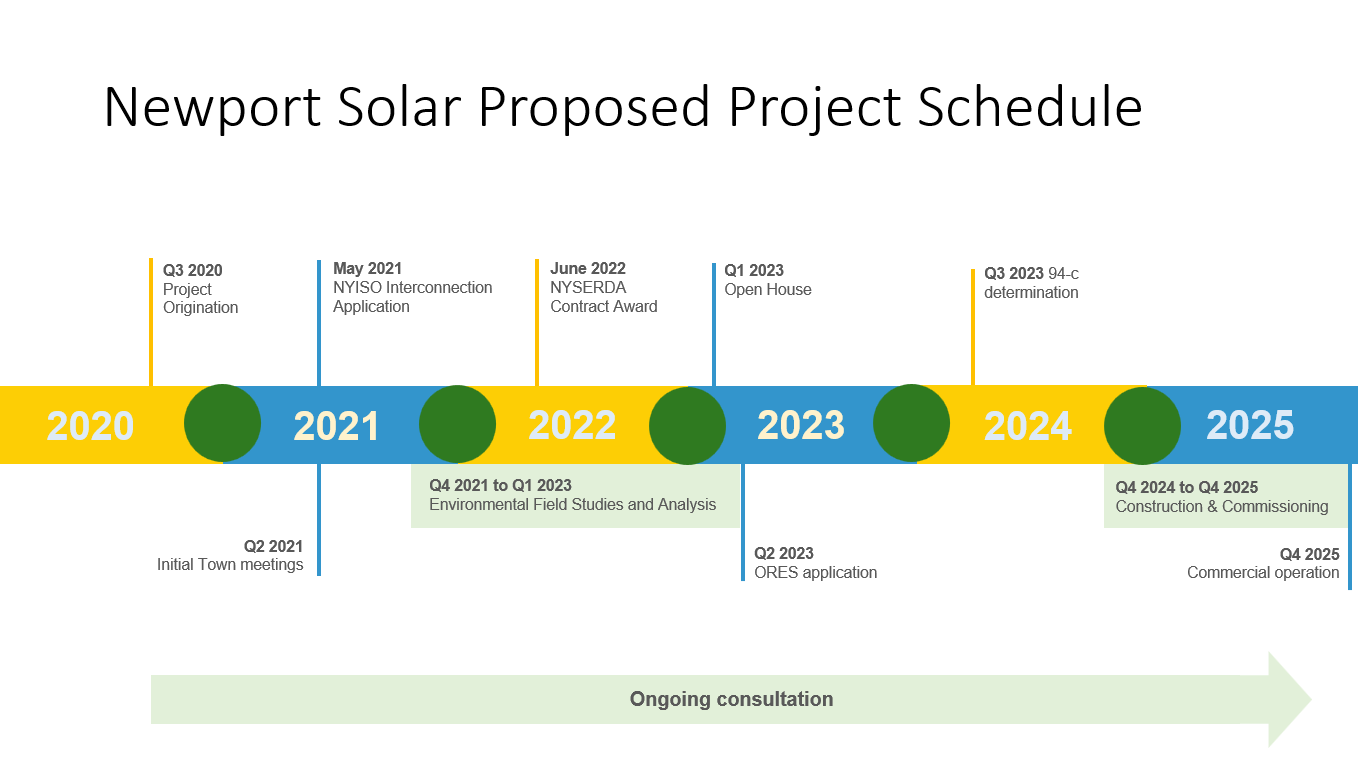 The project will offer significant economic, social, and environmental benefits to New York State (NYS), Herkimer and Oneida Counties, the local school districts, and the Towns of Deerfield and Newport:

Environmental field surveys and studies have commenced on the site and will continue into 2023, including: winter raptor surveys, breeding bird surveys, noise studies, archeological studies, geotechnical borings and electrical resistivity testing, as well as other environmental and technical studies. These studies and surveys are required as part of the regulatory application process described below.

The Accelerated Renewable Energy Growth and Community Benefit Act (the “Act”) was passed in April 2020 as part of the 2020-21 enacted state budget. The Act adds a new section 94-c to the Executive Law, titled Major Renewable Energy Development (“94-c ”), which is intended to establish a review process with uniform permit standards for New York State renewable energy projects in place of the procedures set forth in Article 10 of the Public Service Law (“Article 10").

The Act creates a newly established Office of Renewable Energy Siting (“ORES”), within the New York State Department of State, as part of the 94-c Process to provide a central forum for the environmental review and permitting of proposed major renewable energy facilitates, including those with a nameplate generating capacity of 25 megawatts (MW) or more, co-located energy storage systems, and electric transmission line less than 10 miles in length.

The Newport Solar project will be subject to the regulations outlined in the 94-c process and Boralex intends to make an application for the Project to ORES in 2023.

Boralex held a public Open House at the Poland Volunteer Fire Company in Cold Brook, N.Y., on September 28, 2022. The presentation boards can be found here.