Growth Strategy Why Invest? ESG Events and Presentations Executive Committee and Board of Directors

Strategic Plan and Financial Objectives for 2023

On June 18, 2019, Boralex management announced the strategic plan that will guide us to achieve the financial objectives set for 2023. The plan:

STRATEGIC PLAN AT A GLANCE

We will successfully implement our strategic plan and achieve our financial objectives by means of the following:

We are implementing our strategic plan based on the growth potential in the markets in which we operate. The table below provides an overview of the installed-capacity potential of our target geographic markets in Europe and North America.

The Growth Path chart below shows the projects that have obtained all the authorizations required for launching construction:

Boralex continues to develop according to its four strategic directions, building on the potential offered by the European and North American markets where it already operates.

Initially, the Corporation is focusing its business diversification efforts on its solar power segment. Projects considered to be part of Diversification represent a potential additional capacity of 598 MW.

We have deployed sales teams in France and the United States to serve a wider customer base. The main objective is to sign energy sales contracts directly with electricity consuming commercial or industrial companies (corporate PPA), as well as the gradual addition of complementary services offered to energy transmission networks and large-scale electricity consumers.

Different projects underway demonstrate our approach to the optimal use of resources:

Boralex also intends to take over and perform service and maintenance work in-house for assets in several wind farms in Canada, currently under external maintenance contracts. During the second quarter, the Corporation took the necessary measures to repatriate maintenance work inhouse as early as the end of fiscal 2020 in respect of assets with a total installed capacity of 272 MW (136 MW net) in Canada

Most of this decrease in discretionary cash flows resulted primarily from the change in the repayment schedule following the November 2019 refinancing in France. Before the refinancing, no repayments were made on approximately 25% of debts in France during the second quarter. Also, under the refinancing, debt repayments were adjusted quarterly for the seasonal nature of revenues from wind farms in France with the repayment taking place in the month following the quarter in question. Accordingly, in the second quarter, the Corporation made debt repayments based on expected EBITDA for the first quarter and as indicated in the Seasonal factors section, results for the first quarter are generally higher than those for the second quarter. To eliminate these effects, a temporary adjustment of $10 million was made and this amount will be reversed during the third quarter of 2020.

Additionally, the distributions received from joint ventures and associates decreased by $6 million over the second quarter of 2020 compared with the same period of 2019 owing to a change in the distribution schedule following the refinancing of LP1 wind farm in December 2019 and to less favourable wind conditions in Québec during the first quarter.

This $4 million difference resulted from the $21 million increase in EBITDAbetween these two periods following wind power production in the first quarter of 2020 that largely exceeded output in the first quarter of 2019. This increase was partially offset by a change in the repayment schedule following the refinancing in France as indicated previously which had a net unfavourable impact of $15 million.

Over the last twelve months, a $15 million favourable volume difference was realized compared with anticipated results.

*See the Non-IFRS Measure section of the latest quarterly report.

The dividends paid to shareholders during the 12-month period ended June 30, 2020 represented a payout ratio of 50%, which falls within the target payout ratio range of 40% to 60% set in the Corporation’s financial objectives for 2023.

*See the Non-IFRS Measure section of the latest quarterly report. 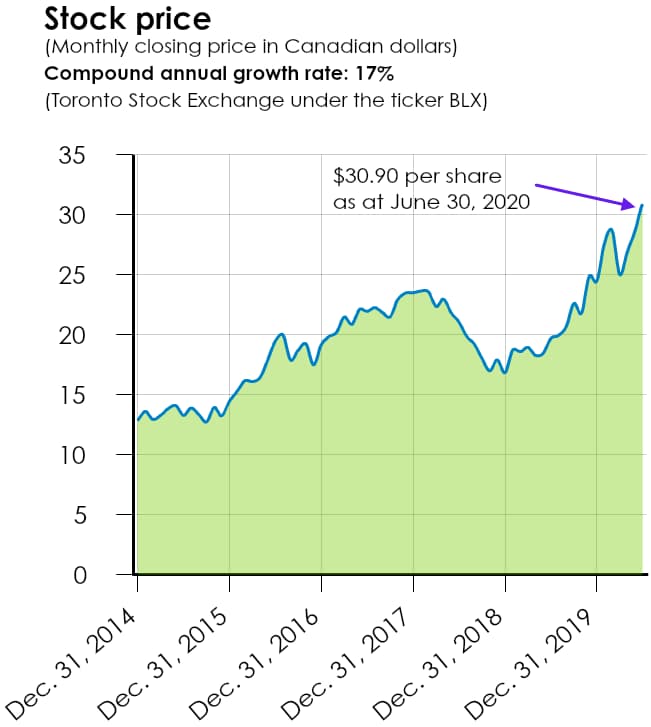